MGM Resorts International, one of the world’s largest casino operators, formally proposed a project to build Japan’s first casino on Wednesday. In order for the project to be approved, the proposal must be reviewed by regulatory authorities in Osaka, the city that would become home for the new project. Big-name casino operators have been waiting for years to propose and finalize projects in Japan, but many have found the process to 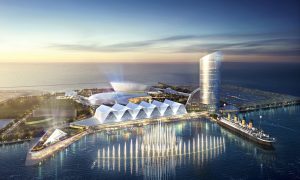 be slow and tedious. With the additional delays caused by the COVID-19 pandemic, many companies lost interest entirely and dropped their bids. MGM, however, remained persistent, and looks as though they could have their latest project approved within the year.

Japan officially legalized casino gambling back in 2018. At the time, the decision was incredibly controversial amongst residents, who argued that legalizing casino gambling would encourage addictive behaviors as well as organized crime. The decision did however open the door for major casino operators like Las Vegas Sands Corp. and MGM Resorts the opportunity to explore potential casino projects in an untapped market.

It appears as if Osaka will become the home of Japan’s first casino, once the deal is approved. Osaka is Japan’s second most populous region, just behind Tokyo. The area has openly supported the legalization of casino gambling and the building of Japan’s first ever casino, with Osaka Gov. Hirofumi Yoshimura acting as a vocal supporter. The city now hopes to use its land to bring in more tourists than ever before, with MGM’s proposed casino project.

Gov. Yoshimura officially announced on Wednesday that Osaka did receive a proposal from MGM and Japanese financial-services company Orix Corp. The proposed plan could take advantage of Osaka’s Yumeshima, or “dream island.” The man-made island, located in Osaka Bay, has about 170 acres of land that would become part of the property for a casino-centered resort. A casino-resort of that stature would certainly catch the attention of tourists on a global scale, which is exactly what MGM and Orix corp. hope to do.

Timeline for the Project

A casino-resort on Yumeshima’s 170 acres comes with no small price tag. MGM and Orix Corp. are expected to spend ¥1 trillion on the project, which is equivalent to about $9 billion. After years of frustration compounded with the challenges of the pandemic, MGM appears to be the only contender looking to start a casino project in Osaka. The process for approval is expected to wrap up within the next year, but the land would not officially be handed over to businesses until 2023, meaning the resort would not officially open for years. While Osaka has not officially approved the proposal, Gov. Yoshimura has vocally backed the project, stating that Osaka would love to welcome guests to a state-of-the-art casino-resort once the concerns surrounding the pandemic have subsided.

The partnership between Orix and MGM has been reported to split the shares evenly. Down the road, it is expected that local businesses will lend their hand to the project to provide a local touch to the new tourist attraction. MGM CEO Bill Hornbuckle shared in June that the company met with Osaka officials to focus on the details of the proposal. Both parties hope that the project will help Osaka grow as a tourist destination, as the area looks to bounce back from the effects of the pandemic and become the home of the first ever casino in Japan.