History of US Online Sportsbooks 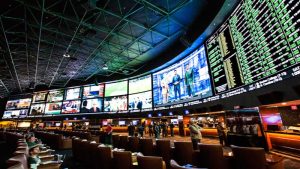 announced a 10% tax on all sports betting operations.

What this tax effectively did was stop sports betting in its tracks, both in Nevada and across much of the rest of the country. Another—albeit unintended—consequence of this tax (and other future government action) was that would-be sports bettors were driven underground, to black market bookmakers that were often associated with organized crime.

Through the 1950s, the only reason the United States did not see an expansion of legalized and regulated sports betting is due primarily to the aforementioned Federal tax. By the time the 1960s came about, the Federal Government was making a more ardent effort to curb illegal, underground sports betting.

Because most of the bookies of the day were underground, most bets were placed when a bettor called their bookmaker by telephone and verbally locked in individuals wagers. The passing of the Wire Act made this practice illegal. The Travel Act, which was passed in the same year, issued a ban similar to that of the Wire Act’s, only it pertained to “whoever travels in interstate or foreign commerce or uses the mail or any facility in interstate or foreign commerce, with the intent to distribute the proceeds of, further any, or promote unlawful activity.”

In simpler terms, the Travel Act effectively illegalized any and all forms of gambling that were not sanctioned by the state(s) within which they were taking place. A few other pieces of anti-gambling legislation were passed during the early parts of the 1960s, but illegal sports betting was still taking place all over the country.

As the 60s gave way to the 1970s, attitudes toward gambling in the United States began to relax. Not only was Las Vegas a booming hub of luxurious resort casinos, Atlantic City, New Jersey became its own gambling hub on the East Coast. Despite all of this, the Federal laws that were in place made any talk of sports betting operations stop in their tracks.

On top of this, a series of high-profile sports scandals, where players were either shaving points or otherwise attempting to manipulate the outcome of an event in which they were participating, gained publicity. This led to the leaders of major collegiate and professional sporting leagues in the United States to take on an overly negative view of sports betting. With these increasingly powerful sports organizations opposed to sports betting, it became even tougher for legalized and regulating betting to become a reality.

Before going any further, it is important to note that the anti-sports betting bills that were passed in the 60s were primarily aimed at places where sports betting was not legal. In Nevada, for example, The Wire Act did not carry any significance because the state had already legalized sports betting. Now, if a Las Vegas sportsbook were to have been accepting wagers by phone or mail from someone in another state, that is when the law would have been broken.

If existing Federal Laws were not already discouraging states from legalizing sports betting, the 1992 Professional and Amateur Sports Protection Act dealt any hope for sports betting a final blow. Quite simply, 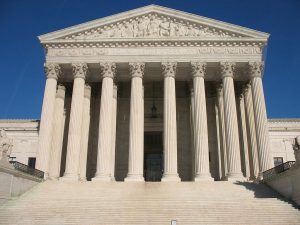 the 1992 Act banned any and all states from legalizing sports betting. The aforementioned professional sporting leagues that had grown so opposed to sports betting played a pivotal role in getting this piece of legislation passed.

While PASPA spelled doom for sports betting in virtually the entire United States, there were a few exceptions. Nevada, Delaware, Oregon, and Montana all had laws on the books that legalized some forms of sports betting, and as a result they were able to continue operating as they always had.

In 2006, the Unlawful Internet Gambling Enforcement Act (UIGEA) was passed. What this law did was drastically reduce the number of online sports betting options available to those in the United States. Even though plenty of Federal laws prevented sports betting from being offered within the United States, bettors who wanted to were able to freely sign up and deposit at sportsbooks that were operating out of foreign countries. UIGEA made it illegal for US financial institutions to handle or deal with funds stemming from online gambling, and the credit card and bank transfer deposits that were once taking place were no longer legal. This led to a mass exodus of reputable online sportsbooks, leaving behind shady operators who only supported even shadier and unreliable methods of banking.

Only a few years after UIGEA was passed, Delaware became the first state other than Nevada to offer sports betting. You see, even though PASPA (passed in 1992) allowed for Delaware, Oregon, Montana, and Nevada to retain sports betting operations, Nevada was the lone state that actually did. So what Delaware did in 2009 was reactivate the sports betting program that had been in place since the 1970s.

It must be noted that while sports bets again began being accepted in Delaware, the types of bets that were approved were extremely limited. The only sports betting allowed in Delaware was on National Football League games, and the only type of bets that could be placed are parlays consisting of at least three teams and no more than 12 teams. So while you could go to Delaware to place sports bets, you could only do so throughout a certain number of months and only on games that took place on specific days.

It was around this same time when the state of New Jersey also began standing up to the Federal ban on sports betting.

A man and New Jersey state lawmaker by the name of Ray Lesniak played perhaps the most integral role in bringing legalized sports betting to New Jersey. His first move was to bring about legal action against the US Attorney General at the time, Eric Holder. Though this effort was an abject failure, it did not stop Lesniak in his pursuit to legalize sports betting.

Shortly thereafter, Lesniak changed his focus from the Federal Government to his home state of New Jersey. What happened next was that he helped pass an amendment to the state constitution of New Jersey that would legalize sports betting if and when PASPA was struck down. In other words, should a day ever come that PASPA was ruled to be invalid, New Jersey would then allow, legally, sports betting to take place at casinos and racetracks.

The amendment was approved in 2012 and the state of New Jersey began offering licenses that would become valid if and when PASPA was struck down. By this time, however, Governor Chris Christie had had enough of the song and dance and stated his intentions to move forward with the full-blown, statewide legalization of sports betting. Unfortunately, that is when most professional sports leagues in the United States initiated legal action to stop Christie.

Chris Christie and the professional sporting leagues went back and forth in court for years before the issue was taken up by the Supreme Court of the United States; something that shocked nearly everyone. Despite the objections of professional sports commissioners, May of 2018 saw the 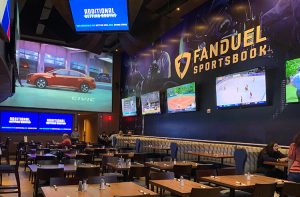 Supreme Court strike down PASPA as being Unconstitutional.

The Supreme Court noted that Congress is able to draft new legislation regarding the legality/scope of sports betting if it would like to take the issue up, but otherwise the subject will be left up to individual states. In other words, it was fully the right of individual states to determine whether or not sports betting would become an expressly legal activity. As you could have probably guessed given how popular sports are in the modern American society, it did not take long for New Jersey (and other states) to begin accepting sports bets both at casinos and online.

As we discussed above, New Jersey played a pivotal role in legalizing sports betting not just in the Garden State, but in the whole of the US. When the Supreme Court struck down PASPA as being Unconstitutional in May of 2018, legislation was already in place that would expedite the actual placing of sports wagers in New Jersey.

Thanks to this, it did not even take a full month for Atlantic City casinos (and other horse tracks around the state) to begin accepting wagers in their newly-created sportsbooks. As for online sports betting in New Jersey, that did not happen quite as quickly. It wasn’t until the start of the 2018 NFL season (September of 2018) that online sportsbooks went live in New Jersey. From the jump, there were eight sportsbooks, however that number quickly grew and continues to grow to this day.

A full listing of the available online sportsbooks in New Jersey is as follows:

Even though the 2018 Supreme Court decision that struck down PASPA paved the way for legal online sports betting across the United States, not every state moved as quickly as New Jersey. Pennsylvania was a bit of an exception to this because that state, like New Jersey, had passed a law in 2017 that would take effect the moment PASPA was struck down.

Despite this, the Pennsylvania Gaming Control Board took their time before allowing sports betting operations to move forward. This statement is even truer as it relates to online sports betting. The first in-person wagers were accepted toward the end of 2018, while online sports betting had to wait until May of 2019; a full year after the Supreme Court had delivered its bombshell decision regarding PASPA.

The currently available online sportsbooks in Pennsylvania are as follows: