Two parimutuel facilities have officially filed a federal lawsuit in response to a new deal between the Seminole Tribe and the state of Florida. In May, the Sunshine State came to a deal with the Seminole Tribe that set out to bring the largest gambling expansion to the state in over a decade. Under the deal, Florida would legalize in-person and mobile sports betting with the help of the tribe. However, the owners of Magic City Casino in Miami-Dade County and Bonita Springs Poker Room in Southwest Florida believe that the expansion is in violation of federal law, and their lawsuit could be the first of many legal hurdles the new deal faces, as parimutuel owners struggle to make sense of the new expansion.

Details of the Deal

Florida legislators had been working tirelessly to arrive at a gaming expansion deal that would pass in time for summer, and the deal arrived during a special three-day session back in May. The new compact helped Florida legalize sports betting and also included a sweeping gambling expansion, the largest expansion that the state has seen in over a decade. 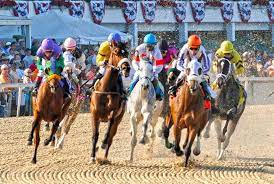 The new sports betting legislation gives anyone in Florida over the age of 21 the opportunity to begin placing online wagers on sporting events. Bettors would officially be given access to a number of sportsbooks either online or in the form of a mobile application as early as October 15th. All bets would be handled by servers located on tribal land, which helps bypass a law that requires all gambling in the state to take place on reservation land. In return for giving the Seminole Tribe control over the servers that handle all sports bets, the tribe will guarantee at least $500 million in annual revenue payments to the state for the next 30 years.

The Heart of the Issue

A number of gaming facilities are immediately impacted by the new deal, and these facilities believe that the decision could leave them missing out on millions in revenue. While the compact does technically permit sports betting on tribal lands, it would grant bettors access to sports betting at remote locations, including the comfortability of their own home. That is the main cause for concern for Florida’s existing racetracks and parimutuels, who feel that this would stop regular customers from visiting their businesses. Existing businesses like the ones mentioned could potentially develop their own mobile apps for sports betting, but those apps would have to be approved by the Tribe as a partner to begin operating.

The basis for the lawsuit that has been filed is that the new gambling deal is in violation of the federal Indian Gaming Regulatory Act. Under the act, no bets are allowed to be placed off tribal lands; online and mobile sports betting gives bettors the opportunity to do just that. In addition to the concerns about bets being placed off of tribal lands, the lawsuit asserts that the new deal is in violation of a 2018 state constitutional amendment, which requires voter approval for all gambling expansions. The deal between Florida and the Seminole Tribe was not put to a vote and was pushed through with the support of Gov. Ron DeSantis during the special session held in May.

The deal between the Seminole Tribe and the state of Florida is still awaiting approval from the U.S. Department of Interior and could be subject to additional legal challenges. One of the biggest hurdles that threaten the launch of sports betting this October is a constitutional amendment that was proposed by FanDuel and DraftKings, two of the nation’s leading sports betting operators. The goal of their proposal is to give Florida residents the opportunity to vote on legal sports betting, which would authorize online sports betting at parimutuels, professional sports stadiums, and anywhere else in the state using a mobile sports betting platform.

The U.S. Department of Interior’s decision will arrive before the proposed amendment goes to vote, and that decision will have a serious impact on the future of sports betting in the Sunshine State. While state officials and lawmakers sit waiting for the department’s decision, it seems apparent that some form of sports betting is inevitably coming to the state of Florida in the coming years.