Last June, California Senator Bill Dodd co-authored a proposal to amend the state Constitution to allow for sports betting via cell phones and computers. The proposal gained support from professional leagues and teams operating in the state, who believe that the time has come for legal sports betting, including online sports betting. The proposal was one day away 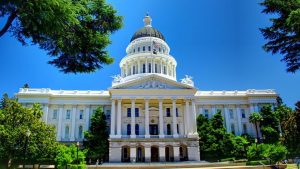 from a committee vote, but Dodd was forced to pull it off the table. The decision to pull the proposal came from the mounting pressure from the wealthy and politically powerful Native American tribes throughout California. The tribes have their own views on how sports betting should be conducted and have raised their voice in opposition of Dodd’s proposal. After it looked as though sports betting would arrive in 2020, it looks as though sports betting legislation could be years away.

The Push for Sports Betting

Throughout the United States, the sports betting industry has blossomed and grown over a short period of time. Since the Supreme Court’s decision in 2018 to lift the ban on sports betting, 17 states have implemented their own laws and regulations for legal sports betting options, including brick-and-mortar and online options. These states can now benefit from the revenues generated from these operations. In addition to the trends of legalization, major professional sports leagues, such as the NBA, NFL, MLB, NHL, and MLS, have all voiced their support of legal sports betting. The end result has produced a number of lucrative partnerships between professional leagues and sports betting companies, while the states in which they operate benefit from the tax revenue produced.

Those in favor of legalizing sports betting within the state recognize that Californians already wager millions if not billions of dollars on sports via offshore websites and illegal bookies. Some feel that the potential tax revenue generated from legal sports betting could help alleviate some of the pressure from the $54 billion state deficit caused by the coronavirus. Officials estimate that the proposed sports betting legislation could produce $500 million in revenue annually. Additionally, regulated sports betting could offer bettors protection against illegal gaming practices, giving them a safer environment to place their wagers.

The tribes are not in complete opposition to sports betting, but they are taking steps to ensure that they get their share of the action. Chairman of the Yocha Dehe Wintun Nation Anthony Roberts shared that the tribes hope to offer an alternative sports betting plan that is limited to brick-and-mortar locations. The tribes’ proposal for sports betting would eliminate the online options mentioned previously and would offer all sports betting at land-based casinos operated by the various Native American tribes in the state, or at racetracks throughout the state.

The tribes have a proposal of their own that they are hoping to add to the November 2022 ballot. Roberts said that this proposal is a reflection of tribal leaders’ major objections towards Dodd’s Constitutional amendment. The tribes’ proposal also sheds light on the ongoing struggle between tribal casinos and California card rooms. The Native American tribes assert that these card rooms are illegal under the Indian Gaming Regulatory Act, and that online betting could give the card rooms an opportunity to continue operating or even give them the upper hand against their tribal counterparts. Roberts also added that online gambling opens the door for additional legal concerns, such as underage gambling.

The silver lining for those in favor of sports betting is that both the tribes and elected officials agree that sports betting can and should be introduced in the state of California. Constituents recognize the financial benefits, as well as the importance of eradicating illegal practices to protect citizens. Both proposals would allow wagers on professional and college sports, and both proposals would allow for in-person sports betting at brick-and-mortar locations. Dodd has already voiced his dedication to doing whatever he can to make sports betting a reality by 2022, while the tribes have put up $8.5 million into their ballot measure for the same year. However, that does little to help in the immediate future. Compromises have been proposed, but the tribes seem unwilling to budge from their position, stating their intention to hold out to prevent online betting at all costs.

The legalization of sports betting would be a welcome distraction from the disruption in all sports competitions caused by the pandemic. Over the past few months, people across the country have been deprived of sports due to suspensions in play caused by the coronavirus. Now, as professional sports leagues like the NBA, NHL, NBA, and MLS have announced their plans to return to play, California is left waiting for legal sports betting options. At this point, it appears that California will have to wait at least until 2022 to have legal sports betting options in the state.