The 1988 Indian Gaming Regulatory Act was a piece of legislation enacted by Congress that further reinforced the idea that Native American tribes have sovereignty over their own lands. As a result, this also meant that the native tribes (not the state within which their land existed) were able to build and operate casinos if they chose to do so. In Maine however, things unfolded a bit differently in the wake of this piece of legislation being 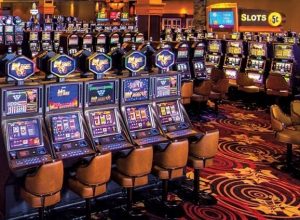 In fact, nothing changed in the aftermath of the 1988 Indian Gaming Regulatory Act because of a previous piece of legislation that was passed in Maine, known as the Maine Indian Claims Settlement Act, which was signed in 1980. This piece of legislation had nothing to do with gaming specifically, but the end-result was that Maine tribes were subject to Maine law, which did not permit legal gambling. This had been the norm for what was soon to become four decades, but state lawmakers are taking a look at possibly altering the status quo and legalizing—or allowing tribes to legalize—gambling.

Last year, a task force in Maine was assigned to look into the aforementioned piece of 1980 legislation and make recommendations on what, if anything, should be changed. In total, there were 22 recommendations stemming from that task force’s investigation. The affected tribes include the Passamaquoddy, Penobscot Nation, and the Houlton Band of Maliseet Indians. Though the 22 recommendations cover a variety of issues, almost all of them can be described as having to do with the sovereignty of the abovementioned native groups.

If the recommendations are enacted and the 1980 Maine Indian Claims Settlement Act is changed or even done away with altogether, you can expect that the tribes there will quickly pursue legal gambling that is overseen and regulated by the tribes themselves. In other words, it would look a lot like the Native American casinos we see in many other parts of the US, in places like Oklahoma and Arizona. At the end of the day, only one of the 22 recommendations mentions gambling specifically, so whether or not the issue will be taken seriously over the coming months and years remains to be seen.

Given that Maine has become a bit more gambler-friendly in the past few years—having legalized the existence of two casinos—one has to think that it is only a matter of time before the Native American tribes that live there will be able to open brick and mortar establishments of their own.