Shortly after opening their first brick-and-mortar sportsbooks, North Carolina state legislators are considering a bill that would legalize online sports betting. The proposal of Senate Bill 688 comes in the wake of the economic impact felt from the COVID-19 pandemic and is similar to the measures that other states are taking to help mitigate some of these effects. Officials have noted that the pandemic has revealed disparities throughout the state, leaving many facets of society struggling to find the funding needed to maintain operations. The belief is that the new online sports betting bill could bring in millions of dollars that could be directed toward important programs like public education, helping restore some of the money lost over the past year.

An Alternative to Increased Taxes

Senate Bill 688 presents a legitimate way of avoiding increased taxes in the state, which would only compound the financial issues that many are facing 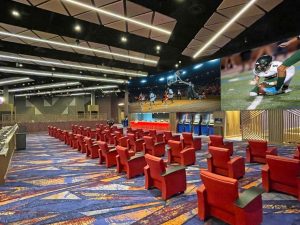 in the state. It has taken some time for states in the southern United States to welcome gambling expansions for sports betting but sponsors of this online gambling bill have noted that the latest push is less about advocating for gambling, and more about finding a way to make funds available to the state without raising taxes.

State Senator Paul Lowe is the co-sponsor of the new bill, which could legalize online sports betting on college, professional, Olympic games, and even e-sports. The proposed legislation would permit up to 12 online licenses in the state, and operators would pay $500,000 for the initial license with an additional $100,000 every five years. It would also allow sports venues that host capacities of 17,000+ to establish mobile sports betting kiosks throughout the arena or stadium. This would give North Carolina’s professional sports teams, like the NFL’s Carolina Panthers or the NBA’s Charlotte Hornets, the opportunity to give their fans access to sports betting at the games they attend. Under the new bill, sports betting would be taxed at a rate of 8% and could bring in an estimated $50 million a year. Lowe has vocally backed the bill, stating that it could act as a creative way to fund public education in the state.

The majority of that estimated $50 million would be funneled to education in the state. The money could be used for school renovations or technology, which has become increasingly important as many students have relied heavily on virtual education throughout the pandemic. The revenue would not completely solve the issues caused by the pandemic, but it would certainly be a step in the right direction as the state works to recover.

When sports betting legislation was signed by Gov. Roy Cooper in 2019, the state education lottery commissioned a report to study the impact of gambling legalization on a wider scale. Their study concluded that nearly $367 million in revenue could be generated from sports betting alone. Supporters of the latest bill believe that this is the first step toward achieving this.

Moving forward with online sports betting legislation presents a unique challenge, as any decision would have to take into account the impact it could have on the Eastern Band of Cherokee Indians, who control much of the gaming landscape in the state, including the only two sportsbooks. The Cherokee are already engaged in contesting the legality of a proposed competitor casino, so a proposed online sportsbook that does not involve them is not likely to be a welcome prospect. The saving grace is that with the passing of the new bill, the Cherokee may also apply for interacting sports betting licenses, making a legitimate possibility.