A new bill legalizing sports betting and online casino gaming won a 28-6 vote in the Connecticut Senate last week. The bill passed with relative ease, after what has been years of debate about the expansion of gaming in the state. The timing of the bill’s passing, however, is unsurprising, given that Connecticut casinos are feeling pressure from competition in neighboring states, as well as the unique circumstances that the COVID-19 pandemic has presented. State legislators believe that the timing of the bill will help provide the economic boost the gaming industry needs to add new jobs and generate revenue, following one of the most challenging years the gaming industry has ever faced.

Looking to Bounce Back 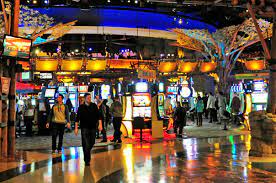 that economic recovery seems to be coming in the form of the first gaming expansion in more than 30 years. Senate President Pro Tem Martin M. Looney D-New Haven has labeled this bill as more than a gambling expansion. “This is really an important economic development Bill,” Looney shared with the CT Mirror.

Southeastern Connecticut relies heavily on the tourism industry to help sustain its economy, and the past year has left the economy in this region struggling to stay afloat. The new bill could help Mohegan Sun and the Foxwoods Resort Casino begin recovering, as COVID-19 restrictions throughout the country loosen, and the tourism industry looks to bounce back. The two casinos are some of the largest employers statewide and are big contributors to the tourism economy in the southeastern part of the state.

Details of the Bill

If the expansion passes its last few hurdles, it will make Connecticut the third New England state to legalize sports betting. CT lottery and the Foxwoods Resort and Mohegan Sun casino will share the rights to online sports betting. The bill also allows for in-person sports betting at the casinos and up to 15 sports bars of other facilities that receive a license from the lottery.

Under the new bill, the state will collect 18% of taxes for online casino gambling. This rate will increase into 20% after five years, with 13.75% on sports betting and fantasy sports. The proposed structure could generate a much needed $28 million in the next fiscal year beginning July 1. Officials believe that annual figure will increase in the following years, providing just the rebound the state needs following a year of COVID-19 closures and restrictions.

In order to make the most of the new bill, officials have set a tentative date of Sept. 9 for the state’s launch of sports betting. The date coincides with the start of the National Football League season, allowing new sportsbooks to capitalize on one of the biggest days for sports betting in the year.

Expanding Gaming in the State

Gov. Ned Lamont has made a commitment to sign the bill and seek federal approval immediately to make amendments to existing gambling compacts with the state’s federally recognized tribes and casino owners, the Mashantucket Pequot and Mohegan tribal nations. Lamont’s decision to push the bill further may be viewed as an opportunity for him to start his reelection plan. Regardless, the deal would bring the state a much-needed gaming expansion, the first of its kind since 1990. The two federally recognized tribes have maintained exclusive rights to casino gambling in the state for more than 30 years, and any significant gaming expansion was bound to involve the tribes.

Despite the relatively uncontested vote, the bill still has a number of officials questioning its merits. The biggest concern surrounding the bill is that it sets the stage for an increase in addictive gambling behaviors. The bill also suspends an authorization granted in 2017 for the tribes to jointly build a casino off I-91 in East Windsor. The bill technically postpones this plan for 10 years, but the tribes have decided to shelve the project indefinitely.

As for the issues with gambling addiction, the bill has provisioned a number of safeguards to address concerns. Both the tribes and CT lottery will have to make significant contributions to problem gambling services. Each of the casino owners will be responsible for contributing $500,000 annually. The lottery will also be responsible by increasing its contributions from $1 million to $3.3 million. Additional safeguards will include periodic reminders to gamblers about the time they have spent online, limits on credit, and the ability to self-exclude.