In 1977 the Internal Revenue Service established a reporting threshold for slot jackpot winnings. Set at $1,200, that threshold has not been reviewed 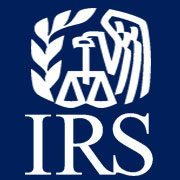 since. Industry leaders and government officials have made several requests to the Treasury and IRS to review the reporting threshold but, so far, no action has been seen.

The current Internal Revenue Service regulations require a Form W-2G to be filed whenever a player hits a slot machine jackpot of $1,200 or more. This is a mandatory reporting threshold and the gambling operator must report the win to the IRS. The winnings constitute taxable income to the individual players and must be reported on the citizen’s IRS Form 1040.

Requests For Change At All Levels

This issue has been a matter of debate for some time. In May of 2019, Dina Titus, Representative from Nevada, and Darin LaHood, Representative from Illinois, together sent a letter to David Kautter, the U.S. Department of the Treasury Assistant Secretary for Tax Policy. The letter urges the Treasury to raise the reporting limit and highlights some of the benefits that could be derived from doing so. Currently “when a player hits the jackpot on a slot machine above the $1,200 threshold, the machine locks up and stops play,” states the bipartisan letter. By raising the threshold limit, game play can flow more smoothly in light of current day economic realities. The letter also makes the argument that the burden of paperwork for not only the gambling operators and players, but also the regulatory agencies could be substantially lifted. The Representative’s letter gained support in the Senate as well. Senator Catherine Cortez Masto made contact with the Internal Revenue Service to, according to her Communications Director Ryan King, “secure this necessary reform that hasn’t been pursued in decades.”

The American Gaming Association has also urged legislators to update the reporting threshold to current economic realities. Bill Miller is the AGA’s Director. In May, he released a statement writing, “last year, the AGA again encouraged the Department of Treasury to update the slot jackpot reporting threshold to a realistic level, in line with inflation, such as $5,000.” Miller echoed many of the same merits to raising the threshold. He noted the benefits to reducing much needed resources on the casino level but also on the part of the IRS. A higher reporting threshold would mean less reports to process. A higher threshold could also mean less reasons for casino operators to interact closely with their patrons, which could be a compelling argument in light of the Covid-19 pandemic.

Brendan Bussmann is the Director of Government Affairs for the Las Vegas based company, Global Market Advisors. “It should be no surprise that it is taking a while to get traction on this issue by Congress. In a divided and heated political environment where Congress lives by continuing resolutions on the federal budget and cannot come to terms on the next stimulus package, a change in the threshold is not the highest priority on the radar.” He went on, “the threshold is one that needs to be modernized like many other things that impact the gaming industry, including things like The Wire Act. Raising the threshold would be a win for the industry, the patron, and the IRS.”