Wyoming is one of the most sparsely-populated states in the country and for a long time went without any forms of legalized gambling. During the early 2000s, Native American tribes desired to establish casinos on tribal lands, the likes we have seen in many other parts of the country. The state of Wyoming did not want to play ball, but after a somewhat lengthy court battle it was determined that the tribes could establish casinos on their own 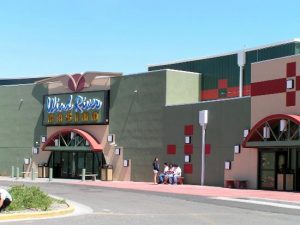 Since then, the only casino-style gambling available in Wyoming has been on Native American lands. Only a few weeks into 2020, we are seeing lawmakers ponder the idea of expanding the scope of gambling and creating an agency that would oversee and regulate a prospective brick and mortar and online casino and sports betting industry.

Just this week, Wyoming’s House of Representatives Appropriations Committee met to introduce lawmakers to a variety of bills that would, in one way or another, legalize gambling and create a regulatory agency to oversee and regulate all gambling activities. As we have seen in other states, there are some bills that, if passed, would establish a full-scale gambling industry, while other bills support a slow and steady pathway to legalized gambling.

One of the bill’s supports creating an arm of the state’s Pari-Mutuel Commission that would be tasked with overseeing a newly-created gambling industry. Other ideas include creating an entirely new agency, but at the end of the day there will need to be consensus on this matter before any bets will ever be taken in Wyoming.

What Would Sports Betting and Casinos in Wyoming Would Look Like?

There are various lawmakers who each have their own ideas regarding what legal and regulated gambling in Wyoming might look like. Generally speaking, most people are in favor of first establishing a brick and mortar casino industry that could compete with the Native American casinos that have been operational for nearly two decades now. Then, the next biggest point of contention would be with regard to sports betting. Most people are in favor of legalized sports betting, however there are those in the state legislature that would like to see casinos legalized first and sports betting to come sometime later.

As is the case in many other parts of the country, the topic of online gambling is a hotly-contested one in Wyoming as well. After all, Wyoming’s small population is spread across hundreds and hundreds of square miles, meaning that actually travelling to a casino or sportsbook might not be something everyone can do. With that in mind, there is an argument to be made that Wyoming might want to look at online gambling before any sort of brick and mortar casinos are built.

Regardless of what direction Wyoming heads in, it is clear to see that the idea of legalizing and regulating gambling is something that is not going away. Whether a bill is passed and how quickly legalized gambling will be implemented are two items that are currently unclear.