President-Elect Joe Biden has spoken on some of the changes that he hopes to bring to many different industries. From healthcare to energy, and from education to housing, Joe Biden has been very outspoken on the short comings of the previous administration. However, many are eager to hear how he may change the face of sports gambling in America.

The Federal Government Takes a Step Back

The Supreme Court struck down the Professional and Amateur Sports Protection Act in 2018. This opened up the question of whether or not to legalize sports betting to the several states. Since that decision, twenty-two 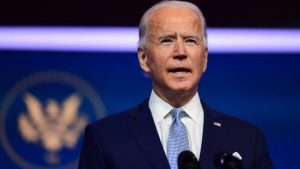 states and Washington D.C. have elected to legalize and regulate the activity.

Throughout his campaign, Biden did not touch on the topic of sports gambling much. However, according to campaign officials, “[Biden] believes states and federal authorities should cooperate to ensure that gambling is safe, fair, and corruption-free.” While not very specific regarding what steps he may be planning to take, this is a nod in the direction of increased federal involvement in the industry. In addition to increased federal oversight, this may indicate a future where federal guidelines, as opposed to individual state criteria, set the floor for regulation of the sports betting industry.

Others Call For Federal Regulation

The former Vice president is not alone in this view. Both Senate Minority Leader Chuck Schumer and Senator Mitt Romney of Utah have advocated for federal involvement in the sports betting industry since 2018. In addition, many of the major sports leagues would welcome federal regulation of sports betting. Since the fall of PASPA, nearly all of the national sports leagues including, the NFL, MLB, NBA, and the PGA Tour have released statements calling for federal guidelines and federal regulators to step in to the sports gambling arena.

The advantage for many of the nation’s sports leagues would be clarity in an often confusing legal landscape. Currently, the states are left up to themselves to build out a regulatory framework. This means that leagues are forced to stay abreast of over 20 potentially different sets of regulations in order to participate and profit off of the sports betting industry. A single, cohesive set of federal regulations would create a unified sports betting market and enable sports leagues to streamline their operations in the several states.

Both the NBA and the MLB have proposed implementing a 1% fee called an “integrity fee” across all bets placed nationwide. This fee would be used to help cover the costs of compliance in the varying betting markets. Such a fee could also be used towards ensuring that betting scandals are prosecuted appropriately and deter their existence in the first place.

Another advantage to federal involvement is a piece of the very large tax revenues that have been collected by the states in which sports betting is legal. In New Jersey alone, between June of 2018 through September of 2019, the state took in over $36 million in tax revenues according to the American Gaming Association. Still industry leaders are uncertain as to what moves the President-Elect might take. While speaking in Nevada several months ago, Biden said that he “doesn’t support adding unnecessary restrictions to the gaming industry.”